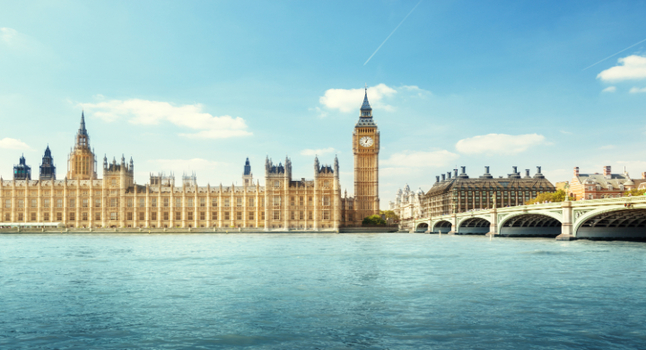 Hong Kong and the United Kingdom (UK) continue to maintain their close bilateral relationship. Total trade between the two economies amounted to US$15.4 billion in 2019, up 6.2% over 2018. The average annual growth rate from 2015 to 2019 is 4.1%. In 2019, the UK was Hong Kong’s 12th largest trading partner in the world and 2nd among the European Union (EU) Member States. In turn, Hong Kong ranked 18th among the UK’s trading partners in the world, 10th outside the EU and 3rd in Asia. Around 6.2% or US$5.9 billion of the total trade between the UK and the Mainland of China routed through Hong Kong in 2019.

In 2010, Hong Kong and the UK signed a Comprehensive Avoidance of Double Taxation Agreement (CDTA). The CDTA sets out clearly the allocation of taxing rights between the two jurisdictions and the relief on tax rates on different types of passive income. It helps investors better assess their potential tax liabilities from cross-border economic activities, foster closer economic and trade links between the two places, and provide added incentives for companies in the UK to do business or invest in Hong Kong, and vice versa.

Over the years, Hong Kong and the UK have forged closer collaboration through signing of a number of Memorandum of Understanding (MoU). For example, in 2017, Hong Kong and the UK entered into a FinTech Bridge Agreement to foster collaboration between the two economies in promoting financial innovation. In 2018, the two places signed MoU on cultural co-operation, on investment promotion co-operation and on expertise and experience exchange in implementing infrastructure projects.

The close bilateral relationship between Hong Kong and the UK is underpinned by high-ranking government and trade visits. In 2019, Cabinet Secretary and Head of the Civil Service of UK Government, Sir Mark Sedwill, visited Hong Kong. In the same year, the then Lord Mayor of the City of London, Peter Estlin, visited Hong Kong to reinforce the links between the two cities. During his visit, the Lord Mayor called on the Hong Kong Financial Secretary, Mr Paul Chan, to explore closer bilateral business collaboration. In 2018, a number of senior UK government officials visited Hong Kong, including the then UK Secretary of State for International Trade, the Rt Hon Liam Fox, the then UK Minister for Asia and the Pacific, Mr Mark Field, the then UK Minister of State for Trade and Export Promotion, Baroness Fairhead, and the First Minister of Scotland, Ms Nicola Sturgeon.

From Hong Kong, the Financial Secretary, Mr Paul Chan, in October 2019, paid an official visit to London and addressed the annual Hong Kong Dinner in London, organised by the Hong Kong Trade Development Council. Other senior officials, e.g. the Secretary for Transport and Housing and Chairman of the Hong Kong Maritime and Port Board (HKMPB), Mr Frank Chan Fan, together with members of the HKMPB and representatives of the maritime industry as well as the Secretary for Commerce and Economic Development, Mr Edward Yau also visited the UK in 2019 to encourage greater exchanges between respective sectors.