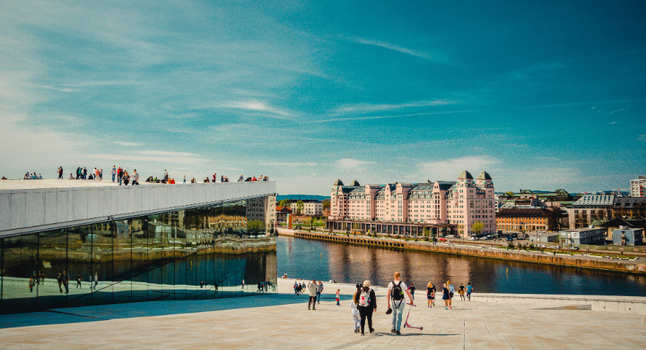 Bilateral relationship between Hong Kong and Norway continues to strive. Total trade between the two economies amounted to US$0.3 billion in 2019. In the same year, around 2.5% or US$0.2 billion of the total trade between Norway and the Mainland of China routed through Hong Kong.

In 2014, Hong Kong and Norway signed a Tax Information Exchange Agreement (TIEA). The TIEA provides for effective exchange of tax information between the two places, and enhances Hong Kong’s ability to administer and enforce its domestic tax laws.

In 2011, Hong Kong and the member states of the European Free Trade Association (EFTA), namely Iceland, Liechtenstein, Norway and Switzerland, signed a Free Trade Agreement (FTA), which is Hong Kong’s first-ever FTA with European economies. This Agreement covers trade in services and goods as well as investment, and other trade-related issues such as protection of intellectual property. Traders and investors of both sides can enjoy preferential access to the respective markets under the Agreement.

Strong bilateral ties have been underpinned by high-level government and trade visits. In 2019, Norwegian Minister of Trade and Industry, Mr Torbjørn Røe Isaksen, visited Hong Kong and delivered a keynote speech at the Economists’ “Asia Trade Summit 2019”. During his visit, he also met with Norwegian students and the Norway Chamber of Commerce in Hong Kong.

From Hong Kong, in 2019, the Secretary for Transport and Housing, Mr Frank Chan Fan, visited Oslo and Bergen with a delegation of the Hong Kong Maritime and Port Board (HKMPB) to promote Hong Kong as an international maritime centre. During his visit in Oslo, Mr Chan called on the Minister of Trade and Industry of Norway, Mr Torbjørn Røe Isaksen, and gave a keynote speech at a seminar-cum-reception to strengthen maritime links between the two places. In his visit to Bergen, Mr Chan met with the Mayor of Bergen, Ms Marte Mjøs Persen and representatives from Bergen’s maritime sector for a discussion on the maritime development in the two places.